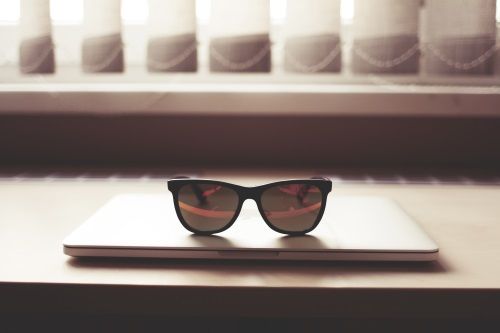 Let me be honest with you, people like to interact with products or services that they want to buy as in they want to touch it, feel it, try it out if they can. In fact they hardly ever buy anything without seeing it.

Trouble is you can’t really do these things online unless you are selling software or webware of some sort. To make up for this you need to add images. Trouble is that one of two things can happen. Your conversions and business goals will be achieved or you will kill your conversion rates.

It seems simple enough to add good images but until you are aware of how images affect people it is a bit like stumbling around in the dark with the power out, looking for some batteries for a flashlight.

So, let’s get you some batteries for the flashlight :).

1. Start with the business objective

One of the key elements that people often overlook when designing their page or website is to actually rank elements according to their business objectives. If you don’t have a specific goal then you cannot know what to prioritize.

For example in the screenshot below of the Williams Sonoma website featuring outdoor furniture they want to sell.

You have probably heard of the saying that a picture is worth a 1000 words.

It’s probably true….if you use the right image.

So how do you know whether the image serves the right purpose or not?

Don’t want to go through the hassle of taking images in and out.

Just put your hand over the image on the screen and see if the content makes a difference.

Don’t use images that turn off visitors

Advertising legend David Ogilvy commissioned research into the use of images many years ago and the findings still hold true today. Certain types of images can distract or even turn off readers from your content. For example stock images, poor quality or low resolution images, crowd shots that have too many objects to focus on, bigger than life faces , as readers tend to find them grotesque and historical subjects unless your audience is interested in history.

According to User Interface Engineering, T-mobile once had pictures of actress Catherine Zeta Jones holding a phone to her ear on their site. Shoppers on the website were quite frustrated with her image every time in appeared on a page.

One older shopper, interested in buying a phone with easy-to-press large buttons, became frustrated when she couldn’t discern the button size in any of the pictures. When she spotted Catherine Zeta Jones holding a phone she liked, she became exasperated. “She’s a very pretty woman,” the shopper told us, “I just wish I could see her buttons.”

People buy not so much from a rational analysis of alternatives but more based on emotions that influence them. Peter Noel Murray says that the role of emotions is well documented and can be communicated effectively in print, web and tv ads. So if you make your readers feel just right they are more likely to take action.

Ensure that your images invoke positive emotions. It could be as simple as a smile, a laugh or a gesture. Use emotions to work for your business objective.
Your visitors know what you are trying to convey, so make them feel good, happy, relaxed or wanted and they’ll tend to agree with you and connect better. How to leverage emotions matters.

Inada sells massage chairs and they use images intelligently to convey their message. They could have easily shown pictures of their chairs without someone using it, but instead took it further to show the relaxing effect it has. The image used clearly expresses relaxation and joy, giving their potential customers a fair idea of what they could be experiencing. In other words they are not just showing the product but also letting their customers get a feel of it.

Ever noticed sites with a cartoon figure or mascot? They are quite popular and are used for branding and to build emotional connections.
They help create a strong presence in your audiences mind by reinforcing your marketing motif, branding and help create a desired emotional effect as well. The best part is creating a mascot as part of your visual content strategy can be done quite economically and easily with the help of a good graphic designer.

Mail Chimp is an example of a company using their mascot to great effect (as in the example below) by simply reinforcing the powerful imagery around their mascot combined with their quality service.

Boost website conversions by using human faces not avatars or cartoons. According to Jakob Nielsen when a photo of the author or people in the organisation are not shown it subtly suggest that you’re trying to hide something. People tend to relate more easily to somebody they have seen you whether it be in person or on your site.
A key part of using peoples pictures is the face. Eye tracking studies demonstrate that facial features are the first thing that people look at when they see a picture of a person.
In fact studies conducted show that people are drawn to look at faces. The heat map of pages shown below show a visual focus on faces and eyes even when looking at a baby.

A/B testing also corroborates that human photos tend to increase conversion rates. Two tests were conducted with visual website optimizer to determine the difference in conversion rates when icons or avatars were replaced with the persons photo.

Medalia art sells art online and wanted to test for an increase in visitor engagement which was defined as a click on a link. The screen shots of the control of artists paintings and photos are as below. 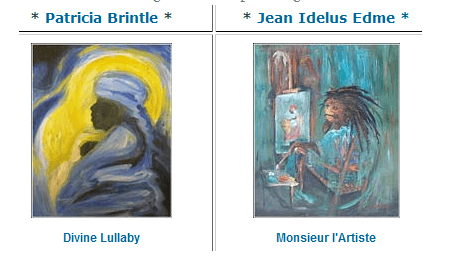 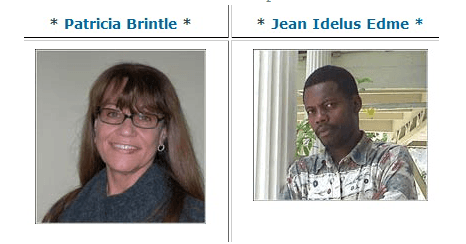 It was found that conversions with the paintings was 8.8% but when replaced by the artist photos the conversion rate increased to 17.2%, an increase of more than 95%.

Jason Thompson conducted a test on his blog to determine if replacing a contact icon with his photos wold lead more people to contact him.

Faces can literally go with most products or services. For example Highrise is a web based CRM program and they have a smiling face featured prominently on their homepage.

The University of Phoenix sells education, but displays faces as well.

People like to view products and technology allows for 360 degree views of products as well as the ability to zoom into certain aspects of products. A survey by the E-tailing group found that 77% of consumers are “very to somewhat” influenced by the quality of content (descriptions, copy, images and tools) when deciding to purchase from an online retailer. It also found that 79% of consumers “rarely or never” purchase a product without complete product information.

Roll over zoom on products is not uncommon these days and ties into a studies showing that people prefer large images especially if a product has a lot of detail to it.

Why is it that so many commercials and print ads use celebrity endorsements or even endorsements from everyday folk?
It is pretty simple really. See people want a third opinion. They feel safe when they get another opinion before buying anything. When they see or hear others happy with and or endorsing a product or service they get convinced to buy.

So how does this work for websites?

Using photos of people will boost conversions. However add testimonials along with photos and or videos and your conversion rate will increase.
Consider Infusionsoft a company that sells a sales and marketing software tool for businesses.

They have used images, videos of their customers along their testimonials. The page isn’t hidden because they know how important it is to make prospects feel at home by showing how trustworthy their product is and what it can potentially do for their business.

Another way to boost your conversion rates with visual content is by making your content about your customers. Let’s face it your prospects are interested in themselves as in WIIFM (What’s In It For Me). So show your audience that it is about them. Get them to share in the experiences that your product or service will provide. It will open doors by building trust, build engagement and get them to buy from you.

Take for instance Google Adwords as they showcase their customers who have used their Adwords service.

Or even Coconut Bliss an ice-cream manufacturer that takes a different approach.

Calling it the evolution of ice-cream the product experience looks and feels more personal as it is seen in their web design and use of images. If you like ice-cream then chances are you’d be very interested in their product offering. Notice they didn’t use images as eye candy but rather ones that are relevant to visitors and professional ones that convey the emotions experienced in eating their brand of ice-cream.

While the tips should get you started in the right direction it is important that you test each of them on your site to determine if they work for you. Let us know which of the tips you have implemented or will implement. Do you have tips that have not covered on using images that help you improve your websites conversion rate? If so please share them in the comments below.