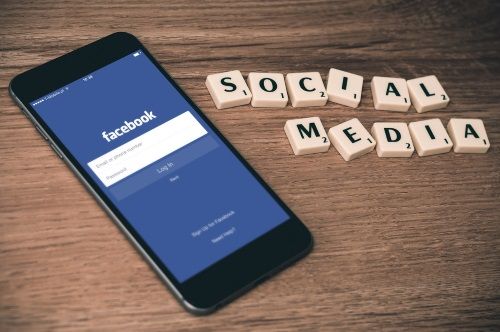 Chances are that if you are in business then you consider Facebook to be a significant social media network. In fact according to the “social media marketing industry report”, for most businesses it is a key channel. But wouldn’t you love to know more about how people use the social network?

The folk at Global Web Index have provided us with a report on Facebook user behavior. This provides insights for Facebook marketing tips to build effective strategies.

More than half of Facebook users visit the platform more than once per day which is more than any other social media platform. This even though it has seen a drop in active usage over the past year. Twitter takes the runner up spot. 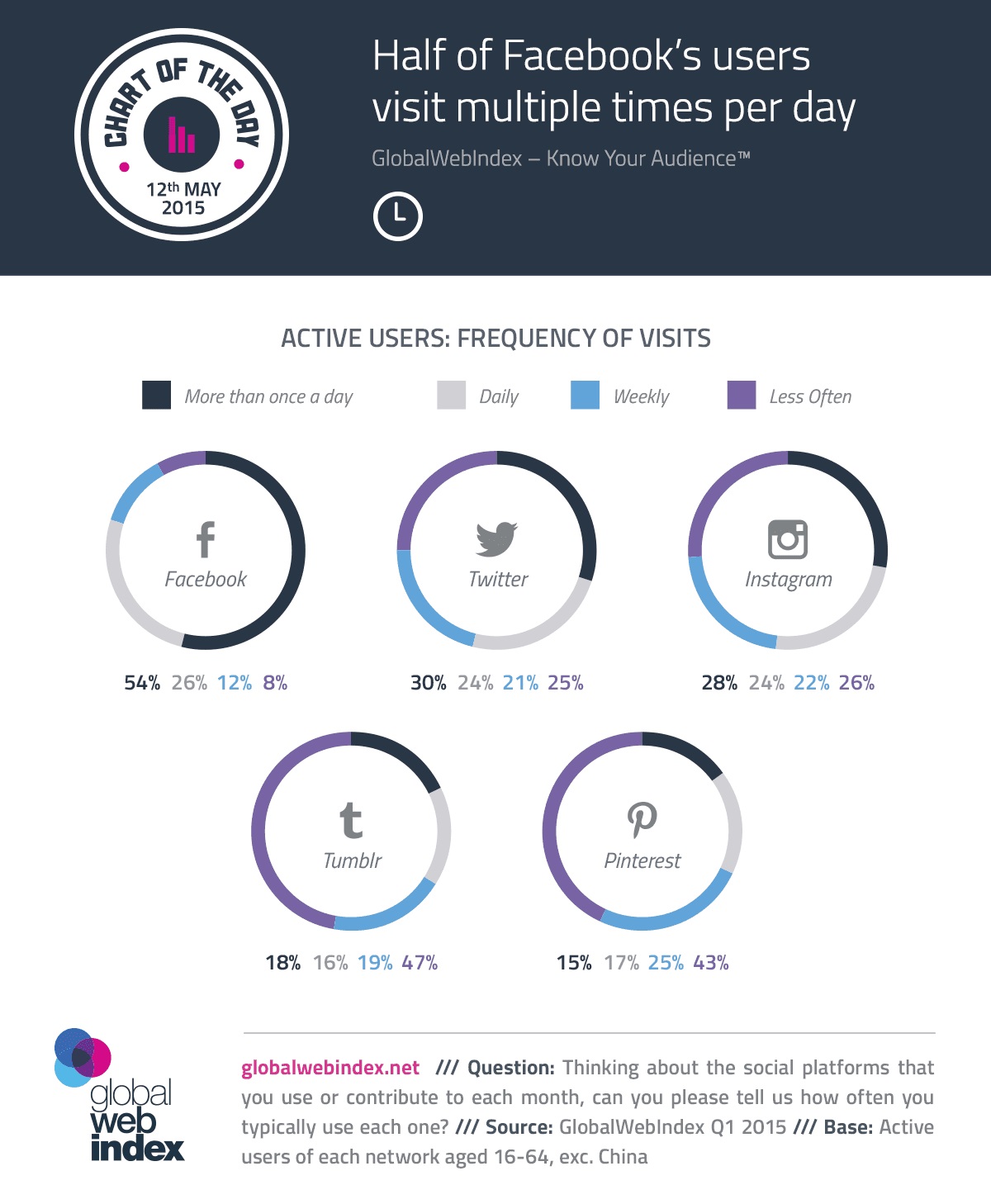 Facebook at Work is an attempt to re-engage existing users who may have started using other platforms. The prospects for it look good with a quarter of users expressing interest in using it. It may even succeed at moving some LinkedIn users away from that platform. 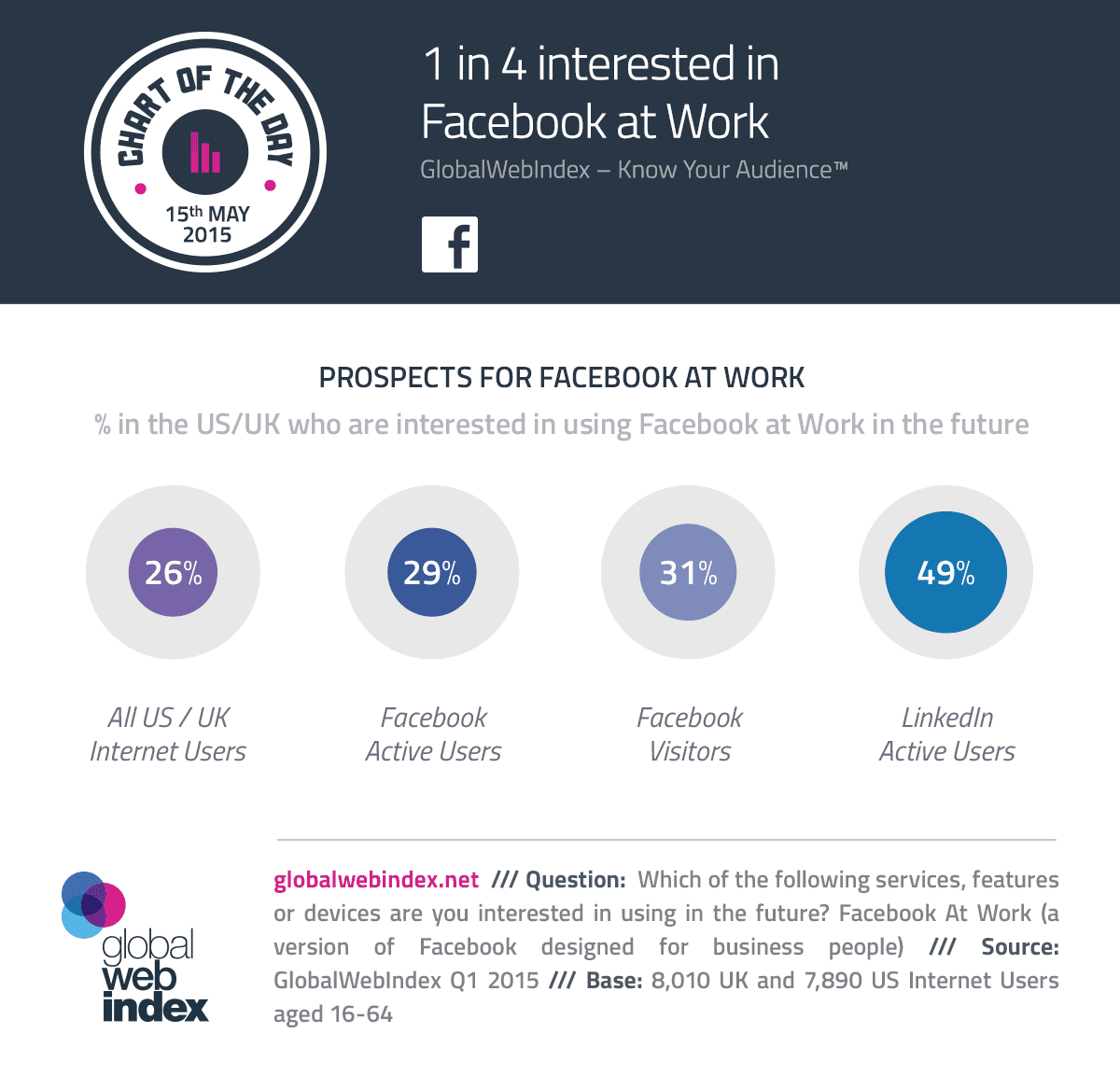 The graphic below shows the similarities in the demographic profile of users from both networks. Given both networks also have a long standing user base, it isn’t hard to see why Facebook introduced Facebook for work. 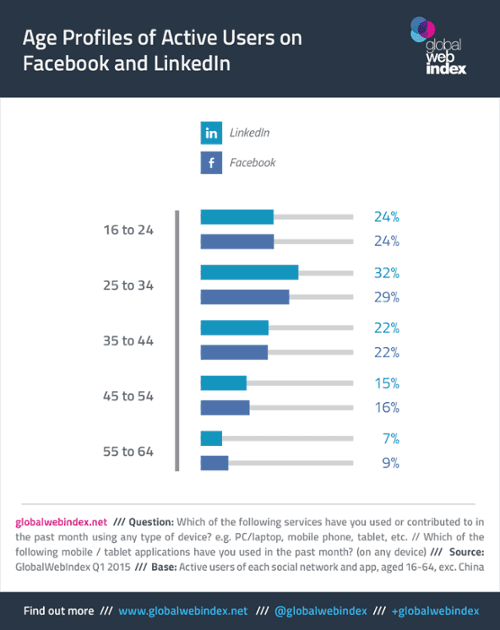 Well as the graphic below shows 1 in 2 LinkedIn users shows interest in Facebook At Work. Multi-networking across several networks is the current trend. It isn’t too much of a stretch to see how users might decide to choose one site instead of having a presence on two similar sites. 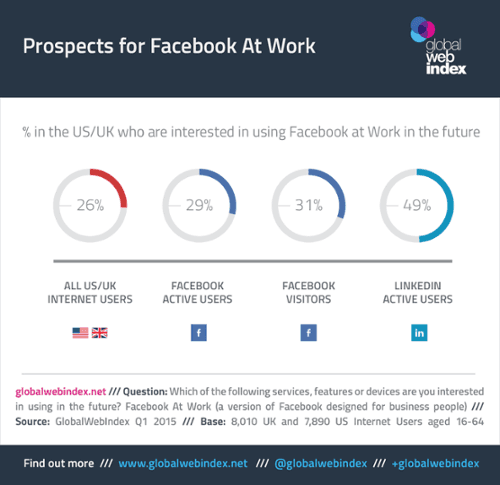 Worried about the decline of organic reach on Facebook?

Use the above data and tips to look for ways in which you can build and tap into the rich data that Facebook offers for your audience.