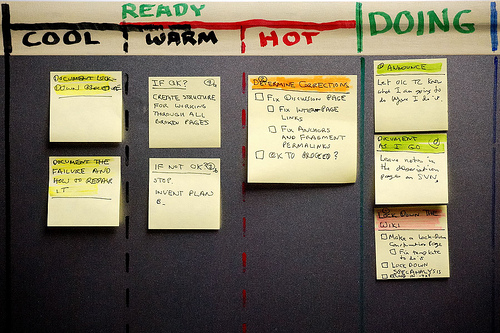 In this landmark 1972 study of delayed gratification, Stanford researchers selected a group of children and offered them a deal: the child could be given a single marshmallow immediately or, if they chose to wait 15 minutes, they would be rewarded with two marshmallows.

This simple test of willpower ended up being a powerful indicator of the child’s future success.

Takeaway: Willpower is vital to our success. We have a a limited supply so use yours to focus on things that matter.

Takeaway: Select key and difficult aspects of your work and practice and repeat endlessly until it has been ingrained as a habit.

Angela Duckworth of the University of Pennsylvania and Christopher Peterson of the University of Michigan took the Stanford Marshmallow test to the next level. In 2007, they developed a test that would measure a person’s “grit,” that is, an unassailable desire to see a goal or project through to the end. The test asked participants to read questions like “I have achieved a goal that took years of work” and rate its truthfulness on a five point scale.

Takeaway: IQ is not a predictor of success. Grit pays off and can be increased so incorporate it into your productivity thinking and work on it.

Have these studies contributed to your current productivity thinking? If so how? Are there ways in which you could further implement this for yourself and your employees?

Previous Post:How To Get A ROI From Greeting Cards This Holiday Season
Next Post:How To Drop The Free Advice and Make The Sale